The first career intensive BE IN WORK for foreign students of Moscow universities was organised at MGIMO, and Job for Arabists played an active role.

The first career intensive BE IN WORK for foreign students of Moscow universities was organised at MGIMO, and Job for Arabists played an active role.

Moscow, 25 April 2022: According to the organisers, the event was attended in person by more than 150 foreign students from 42 countries and 15 Moscow universities. The number viewing online training exceeded 55 thousand. Young people from 42 countries, including Angola, Burundi, China, Vietnam, Equatorial Guinea, Bolivia, India, Iran, Nigeria, Pakistan, Peru, Togo and others participated in the intensive.

A stand-session of companies was organised at the event. Moving from one booth to another, the participants were able to personally become acquainted with representatives of large companies in Moscow, learn more about the nature of the work that they offer, the corporate culture and their personnel policy. The stand session was attended by such companies as RT, Sology, Job for Arabists, Get Course, Solidarity Bank, PLC, Zhidao Russian-Chinese Center, Mindray, Brunel, Novostal-M, EY, Teleperformance Russia. 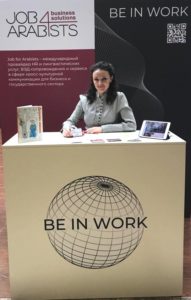 «It was a great honour for me to represent our company at this event, since I had not participated in such intensives before. To be honest, I did not expect the students to be so interested!  — notes Irina Eliseyeva, administrator of the SpeakAr online school by Job for Arabists  — Before I had time to reach our booth, students immediately came in with questions about the company’s activities and possible vacancies for them. The flow of students throughout the duration of the stand session was endless. Representatives of other companies also showed interest in collaborating, or other possible ways of interaction or mutual assistance. We managed to outline plans to present our company at the Synegria University, as well as agreeing on cooperation with the RUDN University Career Center, our native university, with which Job for Arabists has been working since its inception. Time flew by unnoticed thanks to active and productive dialogue, during which we got acquainted with native speakers of rare languages, which will give us the opportunity to expand our own translation agency’s activities, as well as continue effective work employing foreign language specialists in Russia and abroad.»

— training on the basics of getting a job, where leading experts spoke about the rules for writing a resume, passing an interview, legal literacy and the rules of Russian business etiquette;

— career counseling, where experts from the Association of Career Consultants answered students’ questions about careers and job searches;

— «Employment of foreign students and graduates: challenges of the time» seminar, in which the employment issues for foreigners were discussed by representatives of students, universities and employers, including ANCOR, EY-Parthenon, Yandex and others.

«Many students came to this event from all over the world. «Young men and women from Sri Lanka, Lebanon, 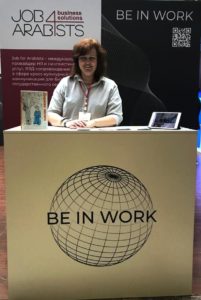 Algeria, India, Iran and many other countries approached us,» said Polina Kozlova, manager of the Arabist translation agency, Job for Arabists. «Some were looking for internship opportunities, others were interested in work. We were also approached by recruiters and representatives of foreign language schools. It was a very friendly atmosphere. The whole day was a master class. Our booth neighbours also attracted a large audience. A very interesting project for students was presented by Russia Today, the opportunity to get a job at the editor’s office after a free course of journalism school. They enter a competition, and after a two-month course, students who have shown themselves well have a great chance of getting a job at the leading news agency. The representative said that since RT was forced to withdraw from some countries in Europe, it is actively deploying broadcasting to other regions, primarily the Middle East and Africa. We exchanged business cards and presentations with representatives of other participating companies.” 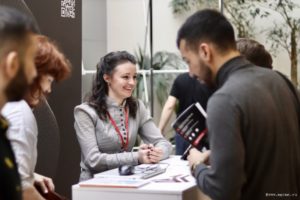 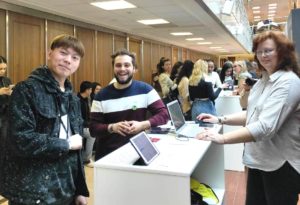 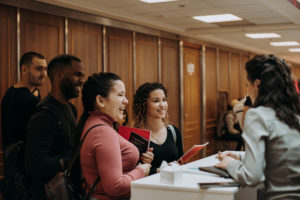 «Such platforms today allow us to solve a lot of issues in the “here and now”, following current trends in the labour market and career guidance for future university graduates, which is extremely important» — emphasised Vyacheslav Eliseyev, founder and general director of Job for Arabists. — «Working today both in Russia and the Middle East, we can say with confidence that university graduates who know in advance what they want, focus on their strengths and develop the best professional qualities and skills, have a much better chance of getting a job in leading Russian and international companies. We thank the organisers of BE IN WORK for the opportunity to participate in the intensive and present our company. I am convinced of the need for such formats, where future job seekers can meet with future employers face-to-face, and can directly ask each other interesting questions». 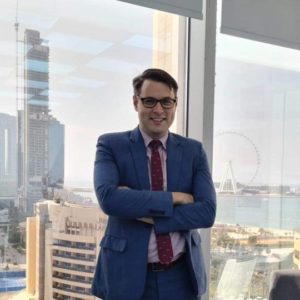 The most active participants of the BE IN WORK Intensive received prizes. 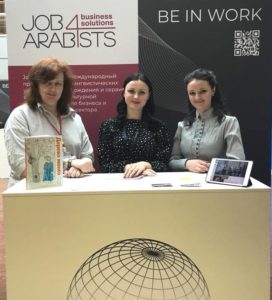