A book by an Emirati children’s author has been published in the Russian language for the first time in 20 years, by Russia’s largest publishing house «Eksmo»

agency, Emirati AlFulk Translation & Publishing, and Russian publishing house Eksmo presented the Emirati children’s author’s book in Moscow for the first time in an exclusive partnership. The long-awaited presentation of the book «Mango Tree» by the Emirati writer and publisher, Dr. Alyazia Khalifa, was successfully first held on Saturday, September 11 in Moscow, and then on November 4, 2021 in Sharjah, UAE.

The book «Mango Tree,» originally written in Arabic and published by AlFulk Translation and Publishing in the UAE in 2017, has been translated into a foreign language for the first time and published in Russia. 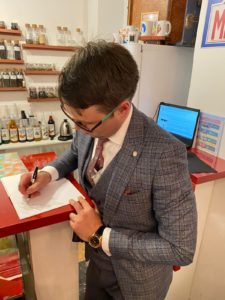 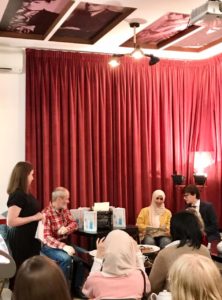 The main guests and speakers of the Moscow presentation, immediately after the release of the Russian version of the book, were: the author of the book Dr. Alyazia Khalifa, invited to the Russian capital for the IBBY 2021 International Congress of Children’s Books; Arabic-Russian translator and CEO of the Job for Arabists Recruitment Agency Dr. Vyacheslav Yeliseyev; and literary editor Igor Sid.

The event brought together not only Arabists (Orientalists with Arabic language knowledge), but also connoisseurs of good books from young Arab authors previously unknown in Russia. The event was held at the art space «Nigde Krome» (@ nigde.krome)*, which is located in the historic Mosselprom House on Kalashny Lane. Adding to the soulful atmosphere filled with creativity, guests were offered mango tea with mango cakes, in keeping with the theme of the evening. 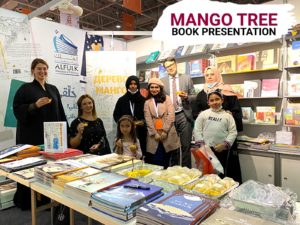 «I’m so happy that all of this has taken place! My book, based on my native Emirati culture and episodes from everyday life in our society, has not only been translated into Russian, but also published by Russia’s largest publishing house Eksmo,» said Alyazia Khalifa, commencing the presentation. «This book, from idea to implementation, has come along a difficult and long path, but the result I’m now holding in my hands makes me very happy! It’s not easy to describe the feelings overwhelming my heart at this moment. It is so lovely that the «Mango Tree» is now available to Russian readers. Even though this book takes us for one imaginary moment into the life of a girl who lived at the end of the last century, I would like for this story to create the opportunity for my readers in Russia to become acquainted with the culture and literature of my country, the United Arab Emirates. I believe that «Mango Tree» will be striking to readers in Russia, even if they have never had any encounters with the Middle East!»

The meeting of Alyazia with her longtime friend Vyacheslav Yeliseyev and an editor Igor Sid at a Literature Forum in Sharjah predetermined the future of the book. “When I met Alyazia again, I realized that such works of Arab authors need to be published in Russian, at the very least in order to promote cultural exchange between the two countries. But Igor Sid was the first to voice this idea, asking the young Emirati writer if she wanted to publish ‘Mango Tree’ in Russian, to which Dr. Alyazia answered with her consent,» said Vyacheslav Yeliseyev. «Alyazia decided to ask me for a help in translating into Russian, knowing that the Job for Arabists Recruitment Agency I founded has its own translation bureau. Of course, my affirmative answer was not long in coming, but that was only the beginning. I instantly decided to do the translation myself in order to surprise Alyazia. And I did it! The emotions from the meeting with the author, when I told her that the translation of her book was ready, are impossible to describe.»

“What do you expect to see in the book of an author with such an imposingly middle-eastern name? Stories about flying carpets, genies, Arab princesses? Open the book. And read the story about an ordinary girl who loves to play with her cat, talk to her grandmother, and meet her mother coming home from work. Except this girl lives under the scorching middle-eastern sun, and instead of our usual apples, she feasts on juicy mangoes.» Natalya Dubinina, an Arabist and Associate Professor of the Department of Foreign Languages of the Faculty of Philology of RUDN University in Moscow, invited everyone to read and reflect on the book reviewer.

However, as things have turned out, the presentation in the Russian capital was just the beginning! Less than two months later, on November 4, 2021, on the Day of Independence and Harmony celebrated by all of Russia, the second and no less significant presentation of the Russian version of «Mango Tree» took place. This time on the scene of the world’s largest Middle East book fair, the 2021 Sharjah International Book Fair, which annually brings together publishers, writers, and admirers of their work from all over the world. The exhibition in Sharjah, fully supported by the Ruler of the Emirate of Sharjah, His Highness Sheikh Sultan Al Qassimi, a writer and historian, has long become a recognized platform for exchange of views and heated discussions, a forum for publishing professionals, and a long-awaited event for all lovers of books and good reading. 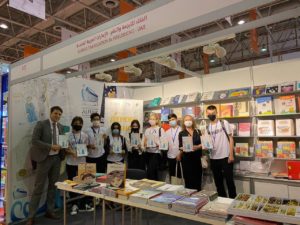 The presentation of the Russian version of the book «Mango Tree» was held at the stand of the publishing house Al Fulk Translation and Publishing, an active participant in the Sharjah International Book Fair. And this became a noteworthy event, because this is the first time in 20 years that a book by an Emirati children’s author has been translated into Russian and published by Russia’s largest Publishing House Eksmo. All guests of the presentation were able not only to communicate with the author and translator, but also evaluate and compare the two versions of the book — in the original Arabic and translated Russian. In addition, the author brought her own album of drawings, thereby surprising the readers even more: it turns out that the book’s illustrations are her own. The guests were able to look at drafts, sketches, outlines, and compare them with the final version. Such a moment allows the reader not only to hold the book in their hands, but immerse themself in the magical story of the book’s creation. Senior students and teachers from the Dubai Russian International School attended the presentation, as well as parents with children of primary school age. Here they were, naturally, treated to mangoes! And there were also a lot of conversations, laughter, funny jokes, children’s drawings of mango trees! And the author’s book signing session, and reading the book aloud, and the feeling of a real celebration of the book, all of which united different cultures. 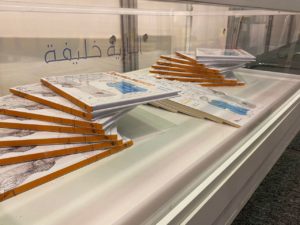 «Starting work on the translation of the book into Russian, I could not have imagined that «Mango Tree,» leaving the walls of the printing house, would take on its own life and would give such positive emotions to everyone,» said Vyacheslav Yeliseyev at the end of the presentation in Sharjah. «Having made a very large circle, the book has returned home to its native country, the United Arab Emirates, and has been able to find new readers and friends here. This means that we have something to strive for further, translating and promoting the works of Emirati authors among the Russian-speaking audience both in Russia and in the UAE.»

The book «Mango Tree» has been published by Russia’s largest Publishing House, «Eksmo» (@eksmolive), and now appears on the shelves of major bookstores of the «Chitai-Gorod» chain (@chitai_gorod), in the online store «Labyrinth.ru,» on the website Litres.ru (@mylitres), and in the @shopforarabists online store.